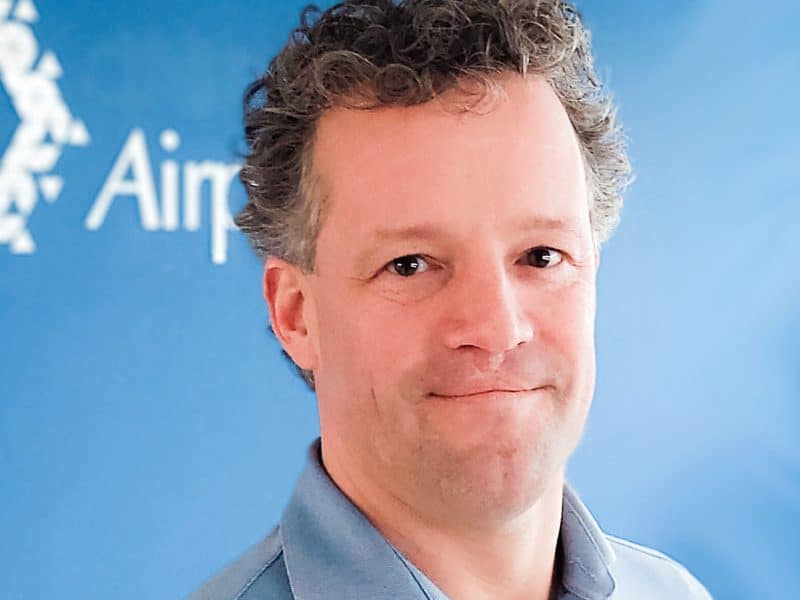 Daniel has many years’ experience in managing large project teams and in carrying out the coordination and implementation of strategic planning. He is capable of assessing complex processes and has a keen eye for new developments.

AirportCreators is a progressive and effective alternative to conventional aviation consulting companies. AirportCreators focuses on the development of airport concepts by means of a unique and proven “Systems Engineering” approach. We consider an airport as a “system of systems” and we highly appreciate the interests of all stakeholders. You can recognize our way of working by our analytical top-down SE approach and our featured style to stakeholder engagement. AirportCreators can reduce complexity. We favor and stimulate explicit decision-making and innovative cooperation with and between suppliers. This results in results that are appreciated by airport operators, passengers and airlines.

End-responsible for the digital transformation of Schiphol Airport. I managed and was responsible for several programs and projects which all contributed to Schiphol’s goal to become the world’s leading Digital Airport. Face recognition at the gate, data sharing between airport, airlines & government, Seamless biometric flow and the development of smart buildings. Budget : approx. € 120 million.

Due to the changing operations at Schiphol Airport scheduled for mid-2015, I became end-responsible for the smooth adoption of moving decentralized security at the gates to centralized security immediately after check-in. In close co-creation with the construction project director.
My responsibilities included: preparing and implementing the business case Centralized Security in cooperation with Customs, the Royal Police, the National Coordinator for Security and Counterterrorism, KLM, other airlines and departments of Schiphol Airport. Budget : approx. € 350 million.

The Program Schiphol SmartGate Cargo (SSGC) was a joint initiative by the Tax Administration/Customs, Amsterdam Airport Schiphol, Air Cargo Netherlands and KLM Cargo. They were all participants in the public-private collaboration on Security and Public Safety at Schiphol Airport, which is also the promoter of the program. The program is spread out over several years. The aim is to achieve a smooth logistics process at Amsterdam Airport Schiphol. Therefore the most modern technology in scanning and detection equipment have been used. The big advantage to logistics service providers is to have a smooth flow of their shipments.
The goal is to achieve a safer, faster, more efficient and cheaper cargo handling as well as a close collaboration concerning monitoring, speed, safety and reliability within the air cargo chain. Projects like remote scanning, Joint Inspection Center and Nuclear Detection have been realized.

My responsibility was to anticipate and identify problems at the interfaces of the Master Plan projects. This master plan for the projects that strengthen the capacity of Schiphol and increase the efficiency and passenger comfort. I guarded the issues until solved or placed within projects. In addition, I was monitoring the comprehensive planning and the interfaces of these projects. Moreover, I led the full coherence and interdependence of all projects in the portfolio, so that the scope of the projects aligned with the expectations of top management of Schiphol, its main customer KLM – Air France and partners, other supply chain partners and customers.

My responsibilities included: Process descriptions, Design and realization of the terminal for domestic flights, The design of a 74 acres area for car rental companies and a staff car park. Investment: € 20 million.

Responsible for completing the building activities at Terminal 4. I also carried out research into the feasibility of new developments at the site.